We believe this signifies a world-record high valuation for a pre-revenue hardware exit. It is a prototypical success as an early exit IP company.

Our team guided the strategy for Genesis from before its incorporation. 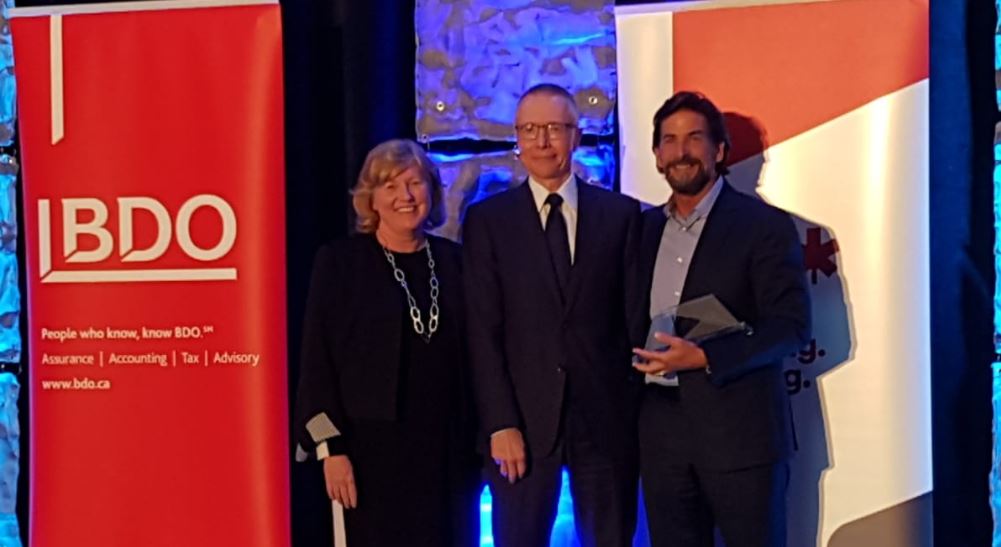 Formed in 2015, Genesis Robotics creates motors and other mechanical innovations that will change how robots and machines are built and move. Genesis raised $30 Million over four investment rounds and exited prior to generating any revenue. The company produced a 32x return on investment for their Angel investors. It is a fascinating case study of a startup company where the angel investor exit strategy was key to the execution of a successful exit.

To date, robots have been deployed mostly in industrial applications.  They are comprised of an arm or jointed frame that moves between work tasks. The robot may also have a vision system to monitor its activities and an end effector that either grabs or welds a product. The robot’s path is controlled through software which also supplies power.

The key to the operation of the robot is the motion control: actuators that move the arms. Actuators are usually comprised of an electrical motor and gear combination. Historically these have been the most expensive part of a robot. Actuators have not seen any dramatic performance breakthroughs for many years. This contrasts with the semiconductor and IT industries which are well-known to achieve continual improvement in the functionality of devices at decreasing costs.

Computers, mobile phones, and televisions are a few of the many devices which have steadily improved performance while reducing costs.  This phenomenon was predicted years ago by Moore’s Law, the famous theory which predicted the doubling of the number of transistors on a chip at half the cost every two years. There is no comparable to Moore’s Law in robotics. It is only with a breakthrough in actuation that robots will experience the increasing performance to price ratio as consumer electronics have over the last 50 years.

To date, most robots have been developed and manufactured by about a dozen companies in Japan and Europe. There are about 2.7 million industrial robots deployed. These robots have been applied to automotive and electronics manufacturing and in the food and beverage industries.

However, there are two trends emerging which are forcing robot actuators to improve performance and decrease price: the Fourth Industrial Revolution and Made-in-China 2025 initiatives.  These initiatives are driving the digitalization of the supply chain in all industries. Klaus Schwab coined the term, the “Fourth Industrial Revolution” in his 2016 book.  The theme was expanded by Schaeffer and Sovie from Accenture in their 2019 book: “Reinventing the Product”.

The new paradigm is driven by short run, highly flexible and rapidly configurable product lines, with intelligent logistics to optimize last mile delivery. Consumers can order a wider variety of customized products with an increasingly larger variation of options, colors and price points. Manufacturers can satisfy the demand for mass customization with flexible factories that operate 24×7 with a highly automated production line. These advanced manufacturing and logistics systems are driving the demand for more functional and less expensive robots.

The new robotics paradigm envisages not just factory and supply chain automation, but also robots in the city, farm, workplace and at home. From autonomous vehicles in the city and to colonies on Mars, engineers are envisaging hundreds of new applications: the robot market is set to explode.

Genesis provides a key to unlocking this innovation with its direct drive electrical motor. It can replace geared systems with a single motor that is lighter and less expensive. Geared actuation suffers from high maintenance, large size and expensive components. Genesis actuators are smaller with more power.  They allow designers to create robots that are much more responsive to their environment. For example, if there is an unexpected encounter with a robot, it will stop and send an alarm to prompt an investigation. These are a few of the first steps in a new paradigm of flexible, higher performance actuators at less cost.

At the outset, Genesis thought carefully about the business model to pursue. They considered two strategies: the first was to grow the business to full scale, which would have taken several years and many more millions in investment.  The second was to shorten the timeline by proving that the technology worked, and then sell the company much sooner to a larger player who would undertake the development of new products. After much consideration, it was decided that the best return on investment for the founders was to sell at an early stage.

One key factor in the decision to exit early was the time it would take to commercialize the technology. Hardware takes longer to prove out than software. Software can evolve from prototype to a minimum viable product in twelve to eighteen months. High performance hardware, such as robot motors, require years to develop and often require the acquisition of capital equipment for design, test and production, such as CNC machines.

On the demand side, the major automation OEM’s have long technology evaluation cycles and productization regimes. The long timelines and higher costs often preclude investment by founders and angels who have less capital to invest and a shorter time horizon.

Once the Genesis founders decided to pursue an early exit, the financing strategy then focused on continuing with angel investments.  Venture Capital was explicitly excluded because it has minimum exit multiple thresholds which do not support an early exit. To rely solely on smaller angel investments with no  revenue meant that the company had to carefully model and manage its cash flow.  Ultimately, it was  successful in developing the new actuator technology to proof of concept which attracted the attention of large strategic buyers and led to a valuable exit.

The NACO award recognizes the Genesis innovation, and Strategic Exits is renowned for its angel investor exit strategy, that generated an exit that we believe was a world record.